Pre-production: the extra oomph of every music project 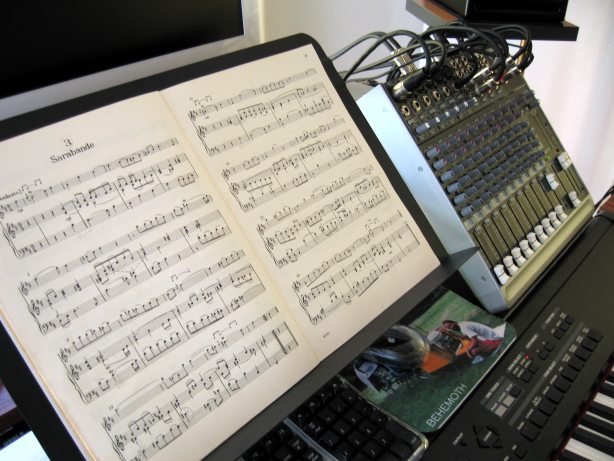 Usually, when you’re happy with your songwriting, you can’t wait to press REC and start recording everything you wrote. There’s nothing better than listening to your work after all those efforts. However, it’s important to bear in mind that from songwriting to mastering there is a lot of actions and activities that must be faced the best way, being hurried could be a problem and lead you to unwanted results.

Keeping in mind that every recording session deserves a good amount of time, before pressing REC and play your instrument you must have a clear target, a plan: you have to know how many guitar tracks you want, what kind of arrangements, how many choirs and backing vocals. The will to record is not enough, you must have a plan.

To reach the best result you need pre-production. A series of pre-production sessions can really save your work: you can face some recording issues and handle them the best way before the stress of the recording phase (sometimes, when you’re already recording for the “official” sessions, you really don’t have time to arrange things better, result: bad recordings), it helps you keep the process smooth and clear and, at the end of the day, you’re always more prepared for your recording and mixing jobs than before. Most of the times you don’t have so much time for pre-production sessions, but you should find it because it’s important to avoid wasting even more time in the future. Consider the next song you want to record: start writing a quick midi drum track with your drummmer, that track will help bass and guitar players to record with a different “feeling” than just listening to a click track. Why? Because when you’re playing following a drum track instead of a click, you simply have more fun: more fun, better recordings. Then proceed with bass and guitar recording. During this sessions you can realize how many part you want to keep and the ones you don’t want, before the “real” recording sessions, otherwise it will be too late.

When you have a consistent arrangement, it’s time for vocals and other fine tuning. You’re watching your song grow, become more and more real, with no hurry or stress at all. While vocals and arrangement are added to the song, you could understand that you don’t need some tracks: if you thought about 10 different keyboard tracks doesn’t mean that the song will need all of them. Rearrange your ideas and think of arrangements with a “less is more” state of mind. Usually when you write, you think about everything in the same moment, but songwriting and arranging should be different activities: you can’t understand if that particular arrangement works until you record everything with the band, this is another good point to start some pre-production sessions.

Moreover, when you’re done with pre-productions, you have a lot of tracks you can mix, to understand how you will approach the final mix of that song, you can take notes of parts and ideas and apply them during you final mixing sessions. Maybe you can dedicate some time to pre-production during your recording days, at the end of the process you could realize that you already have consistent tracks to mix and to produce your final master! With no need to record anymore!

Software engineer, music producer and bass player (From The Depth, Mindohm, Outerburst). Welcome to my blog! I (rarely) post about music production but sometimes I also rant about anything else.