The Metal Month by Toontrack 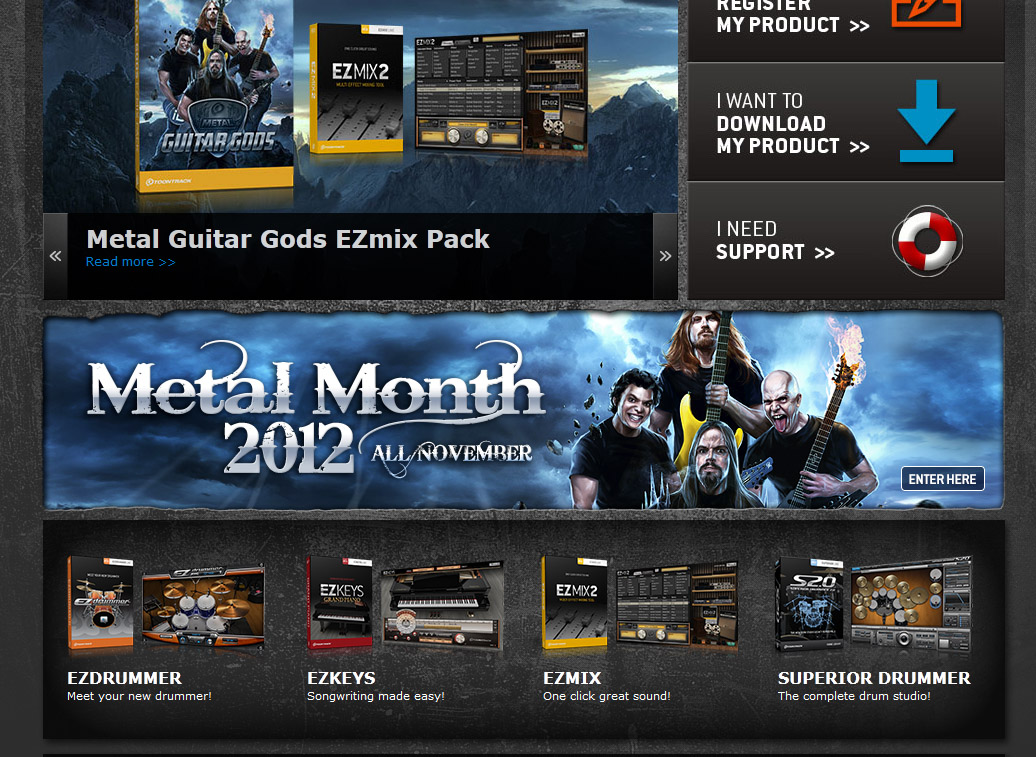 30 November 2012 Audio Engineering, News
Toontrack is for sure one of the best company in VSTis plugins: EZDrummer, EZKeys, Superior and EZ Mix (just to name some of them) are with no doubt in the “top ten” of the most used plugins by both home users and pro.

November 2012 has been the Toontrack “Metal Month”, many new products for Heavy Metal and Hard Rock production were released, the first one was Rock Solid EZX for EZDrummer, a great (I mean it, it’s awesome) drumkit recorded in Vancouver by Randy Staub, one of the best producer in the world (Metallica’s Black Album and Motley Crue’s Dr. Feelgood mean nothing to you?). Here it is the walkthrough video:

A week after, Metal Gods for EZ Mix 2 was released, a collection of great amps, settings and mix ready sounds for guitar and bass by artists like Fredrik Thordendal (Meshuggah), Mattias IA Eklundh (Freak Kitchen), Misha “Bulb” Mansoor (Periphery) and Devin Townsend (ex-Strapping Young Lad, The Devin Townsend Project). The result is full-blown, huge heavy sounds, for the “djenty” and extreme lovers, this is what you need!

The month then closed with the MIDI loops Rock Solid, Metalheads and Drum Riffs, huge collections of drum midi loops to help riffing and songwriting, and the preset settings for Superior Koloss, modeled from the drum sounds of the album Koloss by Meshuggah, and the preset Joey Sturgis, from one of the best and innovative producer in extreme metal.

Toontrack has really injected a kick-ass series of products for Metal, in my opinion it’s worth to evaluate them all and think about a purchase of the one you liked most, I’m really tempted by the Rock Solid EZX, I’ll let you know what I think about it when I’ll be able to purchase it, I’ve got great aspectations!

Software engineer, music producer and bass player (From The Depth, Mindohm, Outerburst). Welcome to my blog! I (rarely) post about music production but sometimes I also rant about anything else.